Conquer one city at a time – An interview with Tristan Pollock

The founder of Storefront advises entrepreneurs to build manual-first marketplaces and to not scale too rapidly. 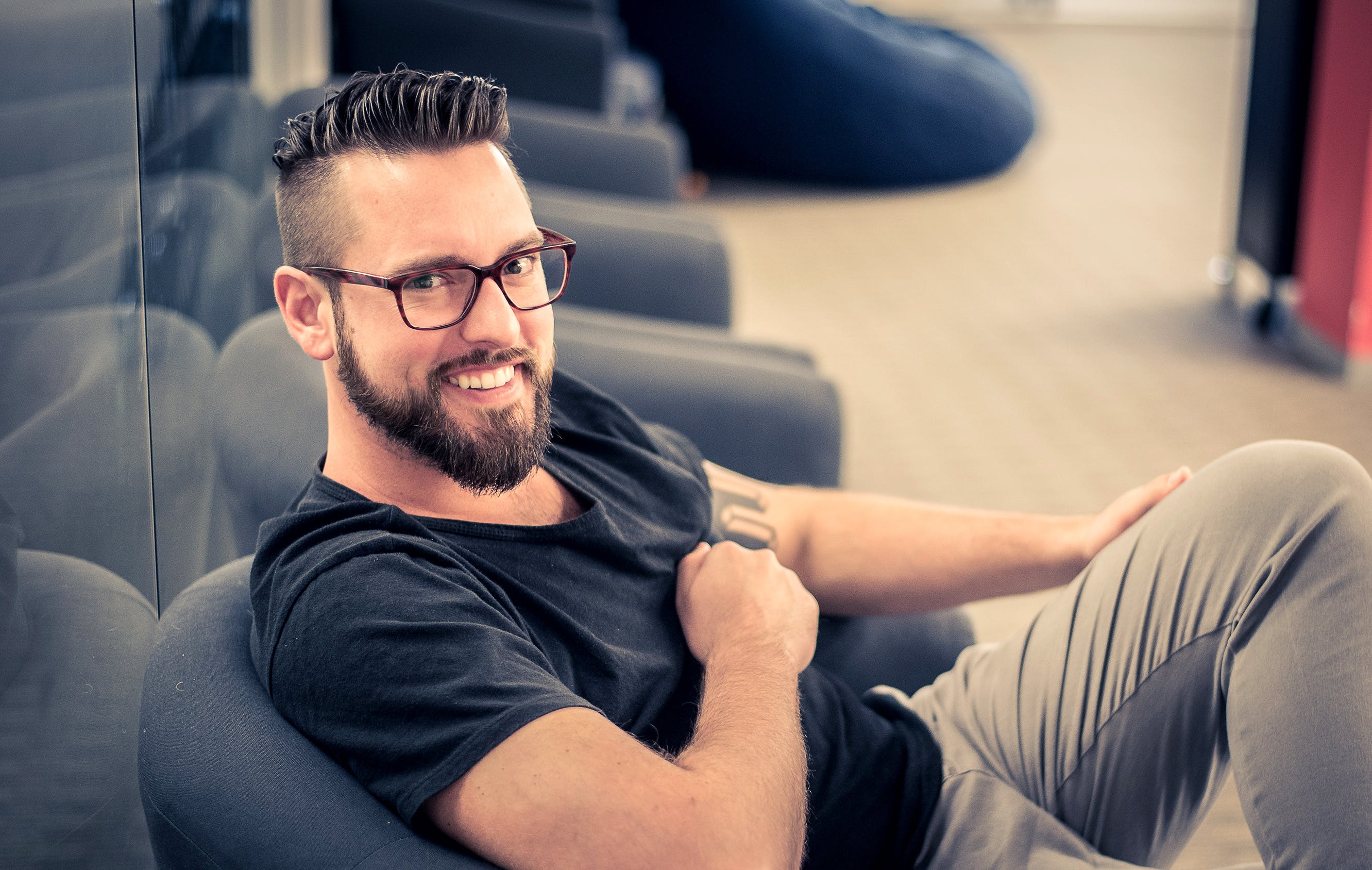 Inspiration and insights from global marketplace experts and thought leaders. For our tips on growing your business, check out the marketplace marketing & growth articles library.

The founder of Storefront advises entrepreneurs to build manual-first marketplaces and not scale too rapidly.

Minnesota is not the most well-known startup hub in the world, but that's where Tristan Pollock and his co-founder started their journey. They had a simple idea: while lots of retail space was sitting empty, many artists, designers, and other makers were interested in opening pop-up stores or exhibitions. Supply, meet demand.

The team started validating the idea with a lot of footwork. Before building anything, they went door to door and talked to space owners and makers, trying to understand the problems they were facing, and how to solve them.

– We knew the retail space well and had friends who were hosting pop-up galleries, so we knew where to start. Still, the initial validation took a lot of manual labor.

Finally, they decided the idea was worth pursuing and put together a simple Minimum Viable Platform. It didn't have payments or other features most people expect from modern marketplaces, but it was enough to validate the basic concept: space owners were indeed willing to list their spaces, and there was enough demand. Billing was handled by manually sending invoices with PayPal. Pollock believes this manual approach was instrumental to their later success.

– I often see tech founders wasting time overbuilding things. It's much better to do things manually and learn the real pain points of your users.

In the early days, the team beta-tested the concept themselves to understand the customer needs thoroughly. As an artist, Pollock benefited from being able to build a product for someone like himself.

– We did smoke tests. We booked some of the places ourselves and held our own pop-up events there. Then we re-rented the spaces to see things from the provider side. This really helped us understand the needs of both sides of the marketplace.

Their idea and MVP were noticed in the startup community, and Pollock and his team got accepted into the AngelPad accelerator program in 2012. They moved to San Francisco to attend it. After going through the program, they realized they needed a fresh start.

– We cared a lot about the Minnesota market but realized we couldn't be building a community in two cities at the same time. We closed down all the Minnesota listings and focused solely on growing in SF.

After building the San Francisco market for a few months, they felt they needed to try their concept on a bigger market. They chose New York as their next target. They soon noticed the same thing as Joel Serra did with EatWith: every market is different. Adaptations were needed. Ideal customers and providers in New York were completely different than in San Francisco.

Eventually, the team learned how to adapt to new markets, and developed a launch plan for entering a new city.

– Typically, we'd have a three-month program for launching in a new city. The first one to two months would be solely about acquiring supply. Between months two and three we'd start to show some of that supply on the site. Then we'd run tests and fix issues. At the end of the third month, we'd do a huge launch event and combine that with a press blast in the local media.

The most important metric for any marketplace is liquidity: the reasonable expectation of selling something you list or finding what you are looking for. This was also the metric Pollock and his team focused on.

– In our case, it was a combination of things. On the supply side, our rule of thumb was that whenever a new space was listed, they should get a request in 10 days, and close the deal within the first month. On the demand side, we monitored repeat purchases: somebody renting through us 3 to 4 times per year was a good sign.

We should have narrowed down our focus early on.

For Storefront, supply acquisition was the easier of the two jobs—lots of empty spaces were available. Finding customers was more tricky. The team spent a lot of time debating the right customer segments to target.

– At some point, we acquired lots of small Etsy sellers but eventually realized they were too small for us. In hindsight, we should have narrowed down our focus early on. We wasted a lot of time trying out many different things instead of just focusing on doing one thing really well.

Storefront used many different strategies for customer acquisition. Pollock explains that as the founders came from Minnesota, their natural instinct was to be frugal in their spending. Creativity was required.

– In the early days, we did a lot of things offline. We organized meetups and events and spoke at conferences. We also did all sorts of hacks. We essentially had a team of 20 freelancers from oDesk manually crawling and scraping customer information online and emailing them. As we operated in the B2B space, direct emails turned out to be the most effective acquisition channel.

The team tried their best to be visible in all the places where their potential customers and providers were—both online and offline.

– We were building a reputation for ourselves in LinkedIn groups and online forums. I noticed that if you simply try to be helpful to everyone, it eventually pays off.

We learned first-hand the importance of the “hire slow, fire fast” mantra.

After Storefront started taking off, the team quickly decided to raise VC funding—almost $10 million of it—to scale faster. After going through the experience, Pollock thinks it's important to consider the timing when you are targeting VCs pre-hypergrowth. He advises other entrepreneurs to be careful with raising money early on.

– Marketplace entrepreneurs should be patient, and not try to scale too quickly. Marketplaces take a longer time to build than most other startups. If you raise money, you need to be sure you're in the right stage, and ready for fast growth. If you increase your spending, it's difficult to cut back later on if you're not seeing the growth you expected.

Another issue that came with rapid expansion was a deterioration of the company culture.

– We learned first-hand the importance of the "hire slow, fire fast" mantra. If you grow to 20+ people without a cohesive culture, it'll backfire. There's no "right" or "wrong" type of culture—you need to figure out what kind of culture works for you and make sure everyone buys into it.

After putting years of hard work into Storefront, Pollock finally concluded that it was time for him to move on. He still advises the company but hasn't had an operational role in a while.

– For years, I spent 99% of my waking hours in San Francisco staring at a computer. Startups can look sexy, but inside them, people are working incredibly hard. I felt I needed to do other things to also have time for myself and people close to me.

Pollock enjoys helping out other entrepreneurs. He has taken a particular interest in the marketplace business model beyond his own startup and is keen on helping marketplace startup founders who struggle with similar challenges. He has written about marketplace challenges, started a public Facebook group where founders can interact, and organized several marketplace dinners to offer founders an opportunity to meet in real life.

– It's becoming harder to raise money. We see a lot more companies bootstrapping until they get meaningful revenue, and only raising once they see meaningful traction.

He advises founders to constantly keep their options open. Taking funding early on reduces those options.

– Remember that taking VC funding doesn't mean your business is doing great. Being cashflow positive does. 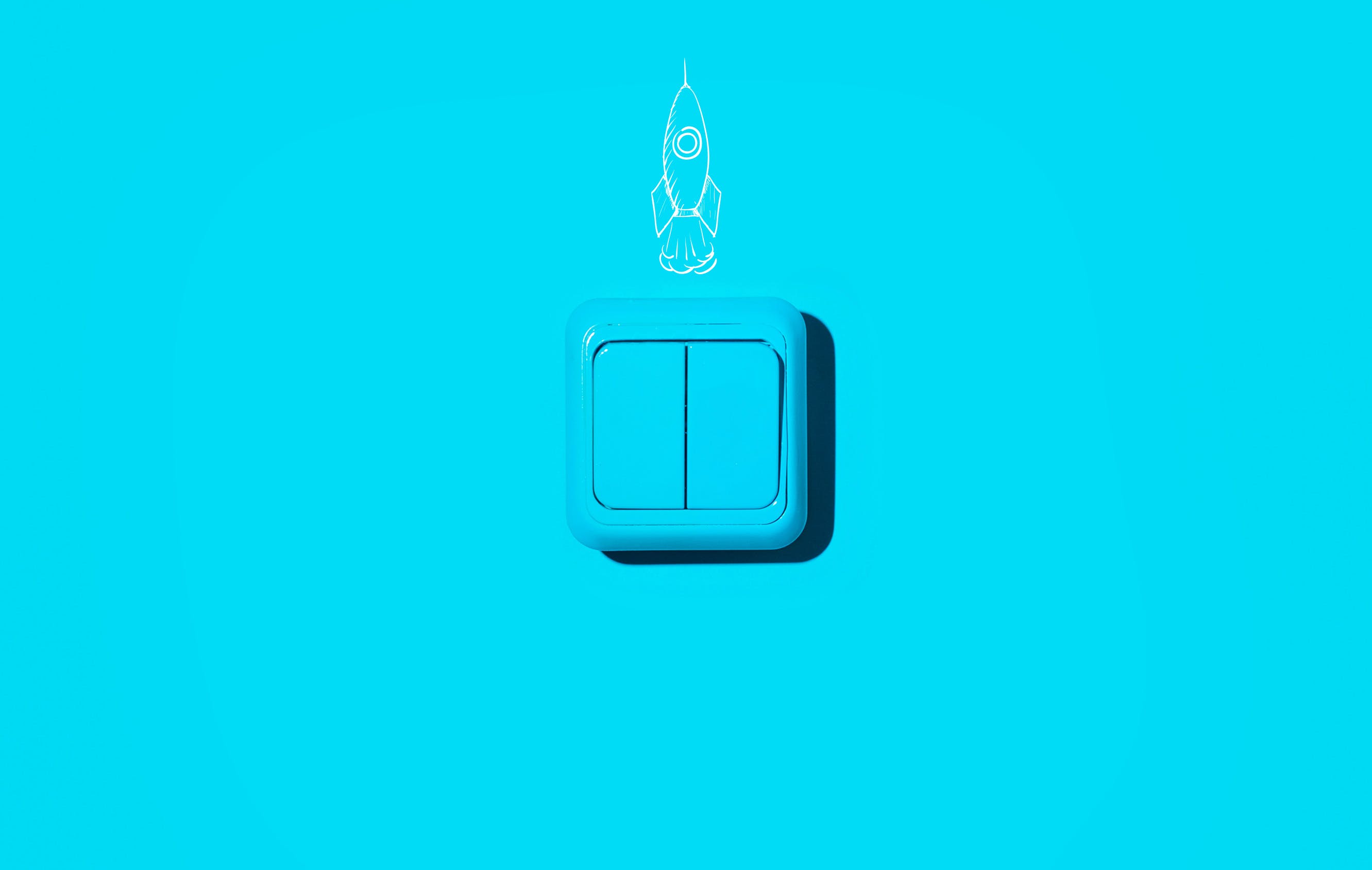 How to launch your marketplace

Strategies that bring demand to your freshly opened marketplace platform. 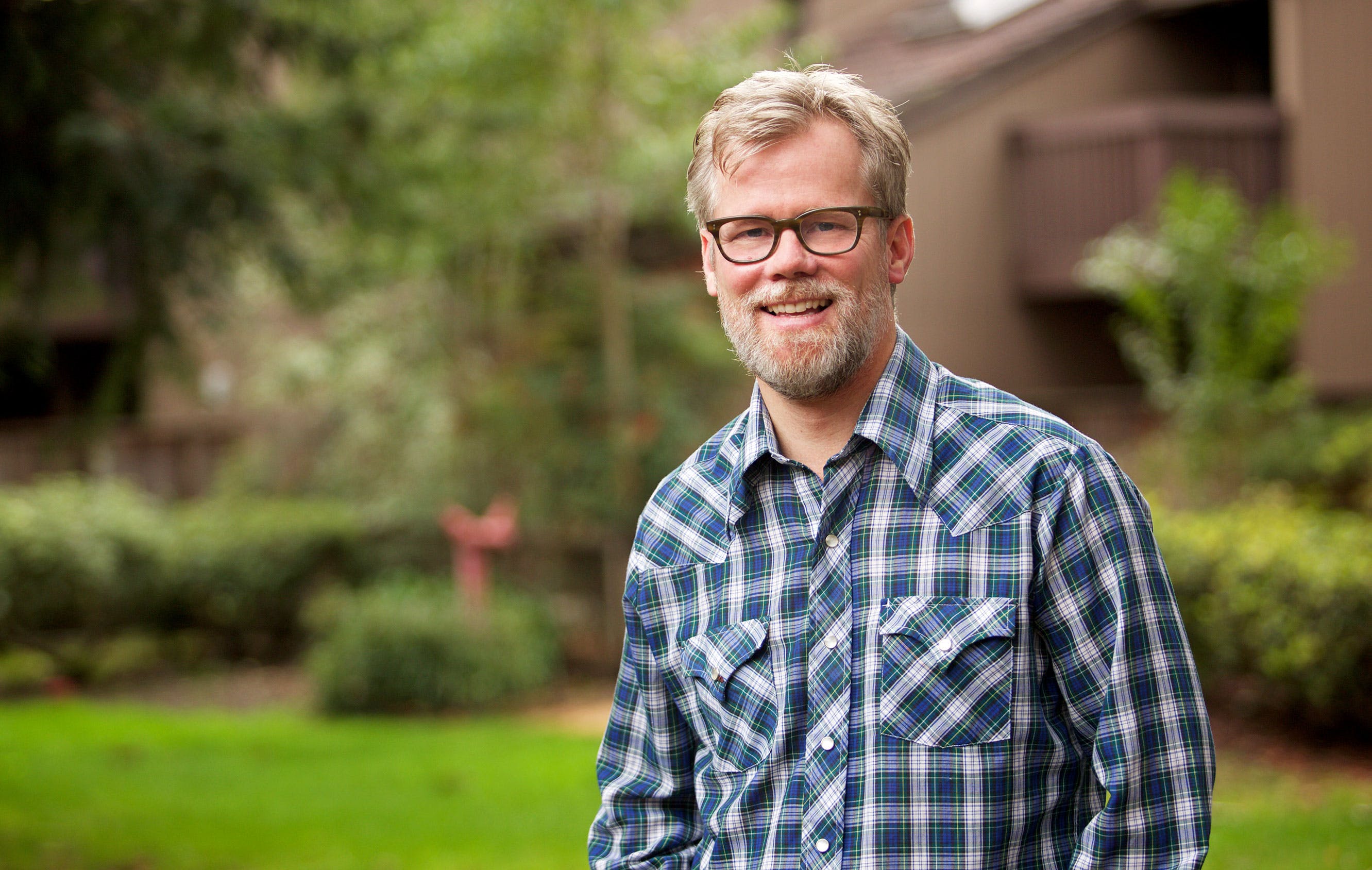 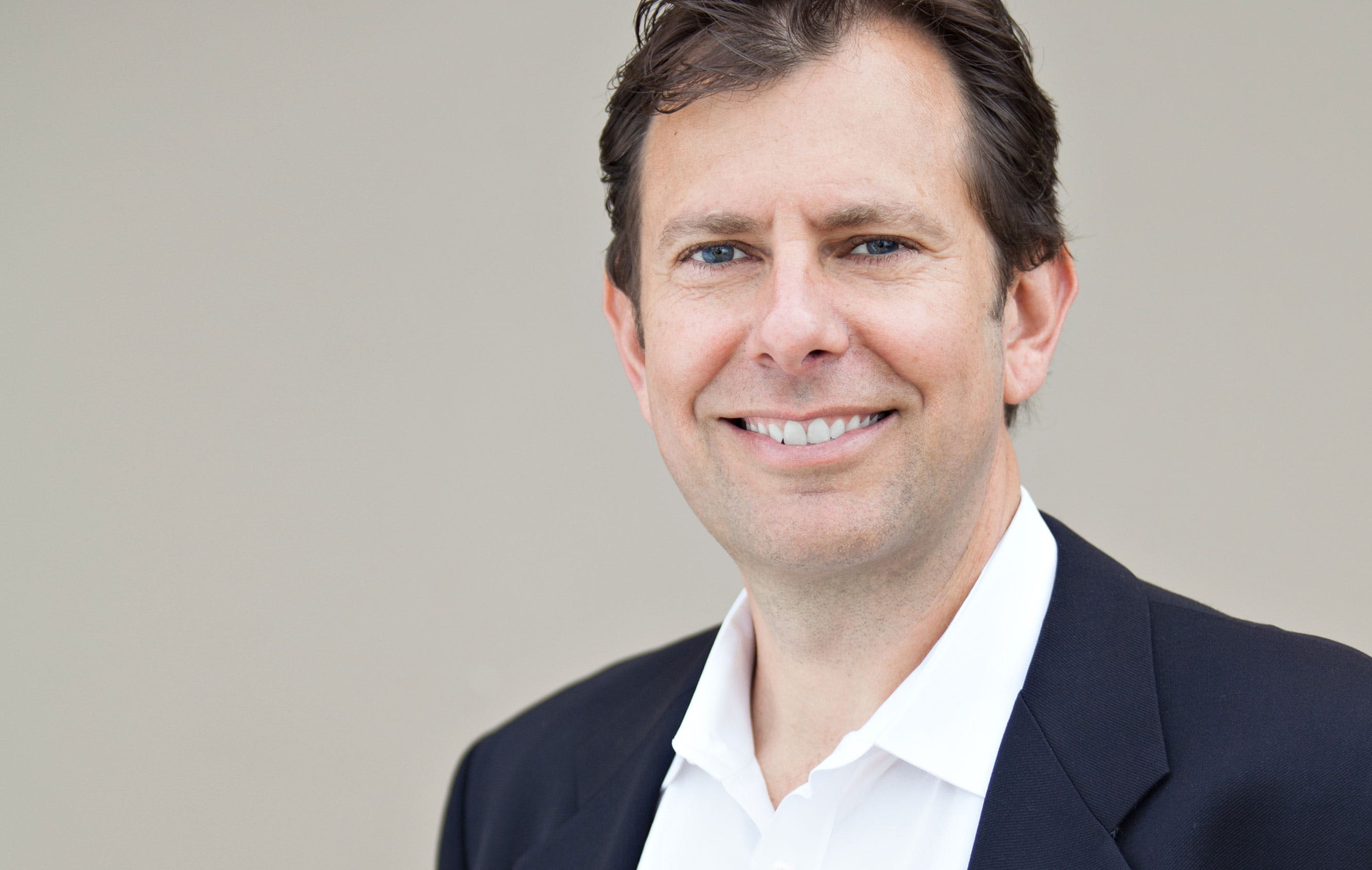 Make your members happy – An interview with Jim Pickell