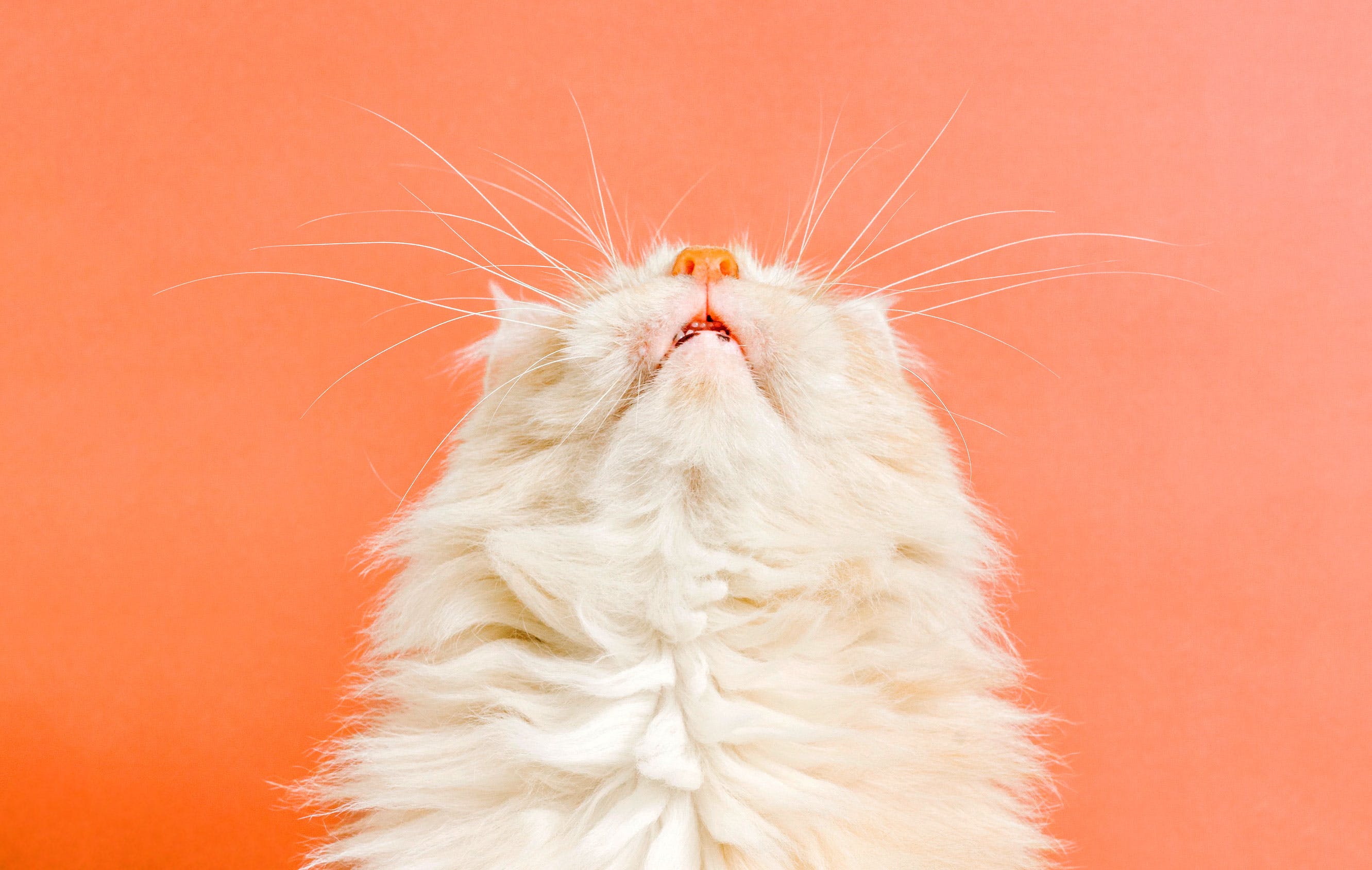 Nothing is more frustrating than spending years on your idea just to notice it wasn't any good in the first place. The thing with startup ideas is that the first one you come up with is rarely the best. It often takes some iteration to really find the problem worth solving.

We have experienced this first-hand ourselves. Sharetribe started as something completely different: a platform that would help university students borrow tools from each other, share rides, and recycle their old course books. Our first business model was to sell our tool to universities to help their campus communities share more. It took us a while to understand that this was not a great model: paying for such a tool was not the universities' core business, and it was tough to start building the community from scratch on each new campus.

For a long time, we thought that adding new features would solve our problems. Only later on did we understand that we simply weren't solving a big enough problem for our customers, and had to re-think our entire marketplace business idea. As startup guru Steve Blank has famously said: "No business plan survives the first contact with a customer".

It took years for Sharetribe to evolve to what it is today—a platform entrepreneurs can use to easily build their own online marketplace. We survived and eventually thrived—not because of the mistakes we made, but despite them—and came far too close to running out of money. In hindsight, the positive development could have happened much earlier if we would have understood to validate our ideas instead of cranking out new features.

Sharetribe (as it stands today) was built for people like us. If it had existed when we started building our first marketplace site, we would have definitely used it. It would have saved us tons of time and money.

The story of Sharetribe's customer Studiotime, an "Airbnb for record studios", showcases the value of Sharetribe perfectly. The founder, Mike Williams, wrote a great piece on how the concept was born:

"The opportunity cost and time constraints here were too big so this had to be a passion project. That’s when I set the rules for the creation of Studiotime.io: from idea to a functional prototype should not exceed one evening and that would be the cut-off. Cancel dinner plans and instead build Studiotime.io. By the end of the evening, I should have an MVP of Studiotime.io or I would put this idea on the back-burner and pass it on to someone else."

To his surprise, Williams achieved this feat with Sharetribe Go, with a minimal budget. He then went on to launch the project in Product Hunt and realized that it really struck a chord: over 1,000 users joined the platform in a matter of hours. Mike clearly had identified a problem that lots of people had, and nobody was really solving it the way his marketplace could.

This realization wouldn't have been possible without actually launching the product. As we've written before: it's not enough that people say they love your marketplace idea—you need to see they're actually using your product to solve their problem.

Learn to know your users

Mike Williams' experience is perfectly aligned with the famous 2006 essay by Paul Graham, the founder of the legendary startup incubator Y-Combinator. In his essay, Graham goes through the hardest, most counter-intuitive lessons for startups to learn. The first lesson that Graham says he needs to repeat the most? You guessed right: release early.

Graham writes: "One of the things that will surprise you if you build something popular, is that you won't know your users. Reddit now has almost half a million unique visitors a month. Who are all those people? They have no idea. No web startup does. And since you don't know your users, it's dangerous to guess what they'll like. Better to release something and let them tell you."

The successful launch gave Mike the initial validation for his idea. In just a few weeks after getting the idea, he had real users with whom he could talk to understand their problems and needs even better. He used this information to iterate on his business model and develop his feature set further with Sharetribe Flex. Before Mike sold his business, Studiotime was the world's largest online community for renting music studios.

It's better to fail fast

Sharetribe customer NextMover also perfectly understood the concept of validating your ideas early. Their idea was to build the "Lyft of Moving", a peer-to-peer marketplace to find moving help. Being familiar with lean startup methodology, they immediately started searching for an efficient way to test their idea in action. They found Sharetribe in April 2014, and in just a few days they were ready to launch their Minimum Viable Platform (MVP).

Sharetribe didn't offer all the features they needed out of the box. However, that wasn't a problem for them. They knew it had the basic features they could use to validate whether the concept worked, and they knew it’s best to launch a product before it’s perfect. The plan was clear: if the concept worked, they would try to get funding, hire their own developer team, and customize Sharetribe Go's source-available code to fit their needs.

They did a big launch, got great press, quickly acquired close to 1,000 users, and also saw quite a nice amount of transactions. Then the problems started to emerge.

"We realized that while the model 'your friend with a truck' was solving a great pain, it was a low-margin, low-volume business", explains founder Alex Kehaya. NextMover was spending a lot of money acquiring users, but while people need to transport themselves from place A to place B quite often, they don't move that much. There were no repeat purchases, and the margins were low because competition from moving companies was fierce.

In July 2014, just three months after they had started with Sharetribe, NextMover decided to pull the plug. They had tried a few different approaches and marketplace revenue strategies, and none of them seemed to work. "We actually had investors who were ready to give us money. We told them no because we saw no future in our idea. There are now other companies working on the same concept, some of them heavily funded. Maybe one of them can make it work, but I wouldn't be so sure."

NextMover's team has since moved on to other projects. Kehaya is extremely grateful they found Sharetribe in time. "We could have spent months and tens of thousands of dollars to build our product, just to arrive at the same conclusion: that the business concept simply doesn't work. That would have been a huge waste."

It still needs to be viable

NextMover's case is a perfect example of validated learning, brought to the attention of the startup world by Eric Ries, father of the Lean Startup movement. According to Lean Startup, you should try, as soon as possible, to get to a "minimum viable product": a minimal solution for your customer's problem.

While there's a lot to love in the Lean Startup ideology, a word of warning is also necessary here. While it's important to launch early, it's still not ok to launch a piece of trash. Many businesses get this wrong.

Even your first version needs to solve the problem your customers have—otherwise it's not viable. It's enough if it only has a single feature if that feature solves the problem. But even if you have lots of features, it doesn't help if they are buggy or don’t work as expected. As Paul Graham notes: "By 'release early' I don't mean you should release something full of bugs, but that you should release something minimal."

Remember to focus. Launch something minimal, and target it only to a very specific group—but make sure that experience is polished enough to solve the problem you think your target users have.

This is another reason why marketplace software like Sharetribe's is perfect for early-stage entrepreneurs looking to build their minimum viable product: the software is already battle-tested by hundreds of other marketplaces.

I'm not trying to claim Sharetribe never has bugs or other issues—we do. But thanks to years of polishing and improving the product based on feedback from our users, I think it's safe to say that we have a lot less of them than a product that has never seen actual users. And if what happened to Studiotime happens to you, and you suddenly experience huge growth in your user base right after launch, you don't have to worry about your servers crashing: Sharetribe's infrastructure is already handling a huge amount of traffic, and is tested and equipped to handle yours too.

If you're still wondering whether you should move forward with the idea you've had for the past months, weeks, or just today—the answer is yes. There's never been a better time to become a marketplace entrepreneur. The best time to get started is right now. Launch your marketplace with Sharetribe today! 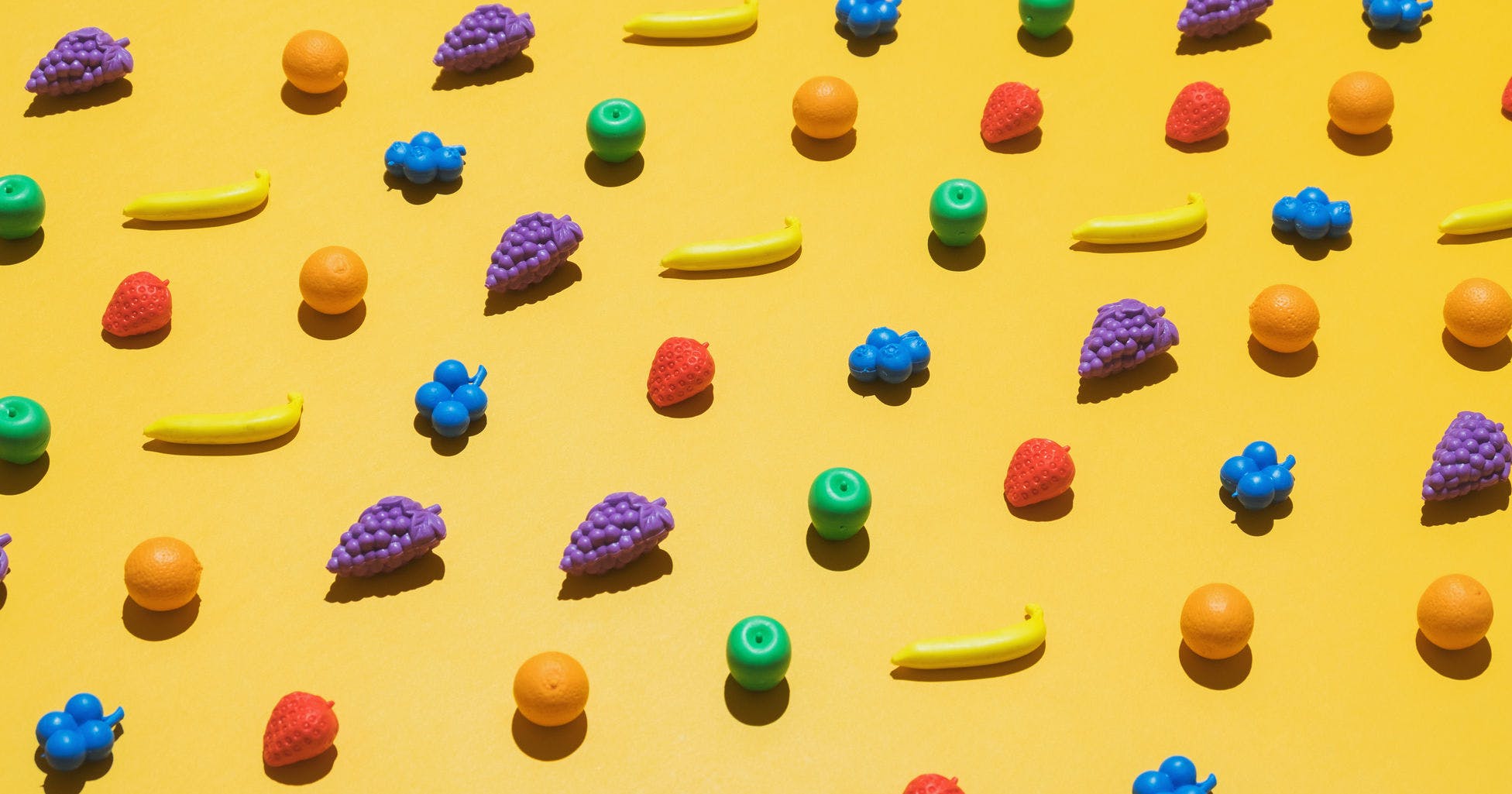 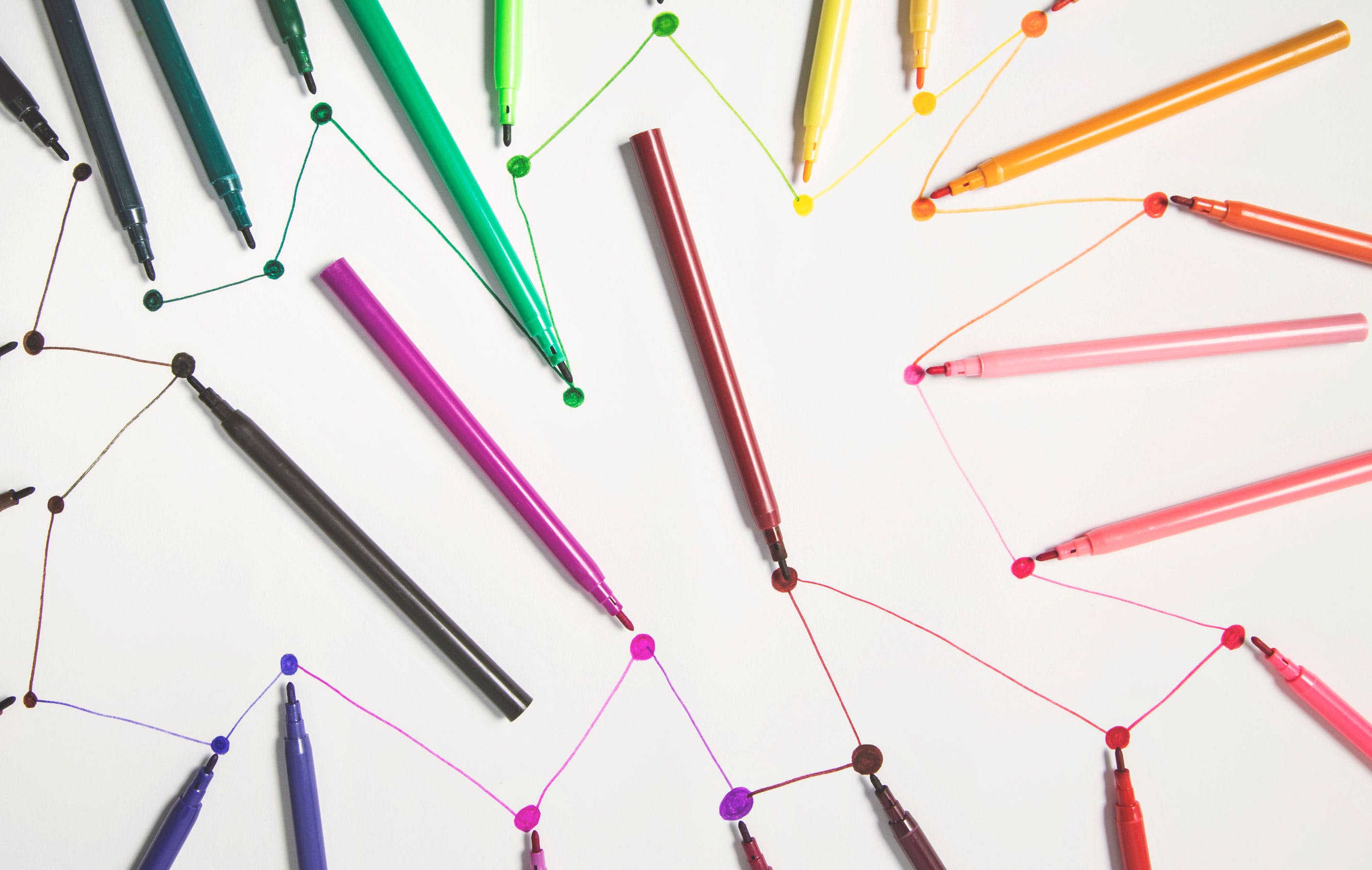 What you need to know to plan your marketplace business 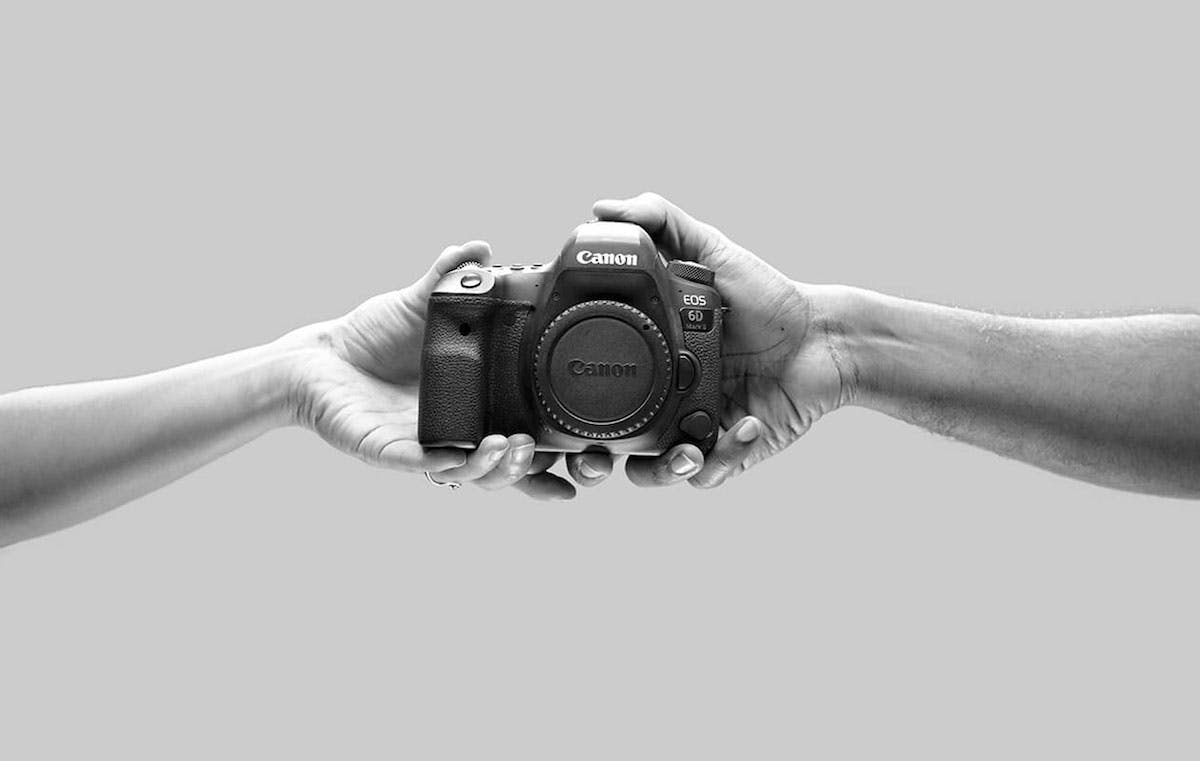