James Currier at the Marketplace Conference: 19 tactics to solve the chicken-or-egg problem

This article discusses James Currier's 19 actionable tactics to solve the chicken-and-egg problem for marketplaces. This is the fourth article in a series covering our favorite talks from the first Marketplace Conference in San Francisco. 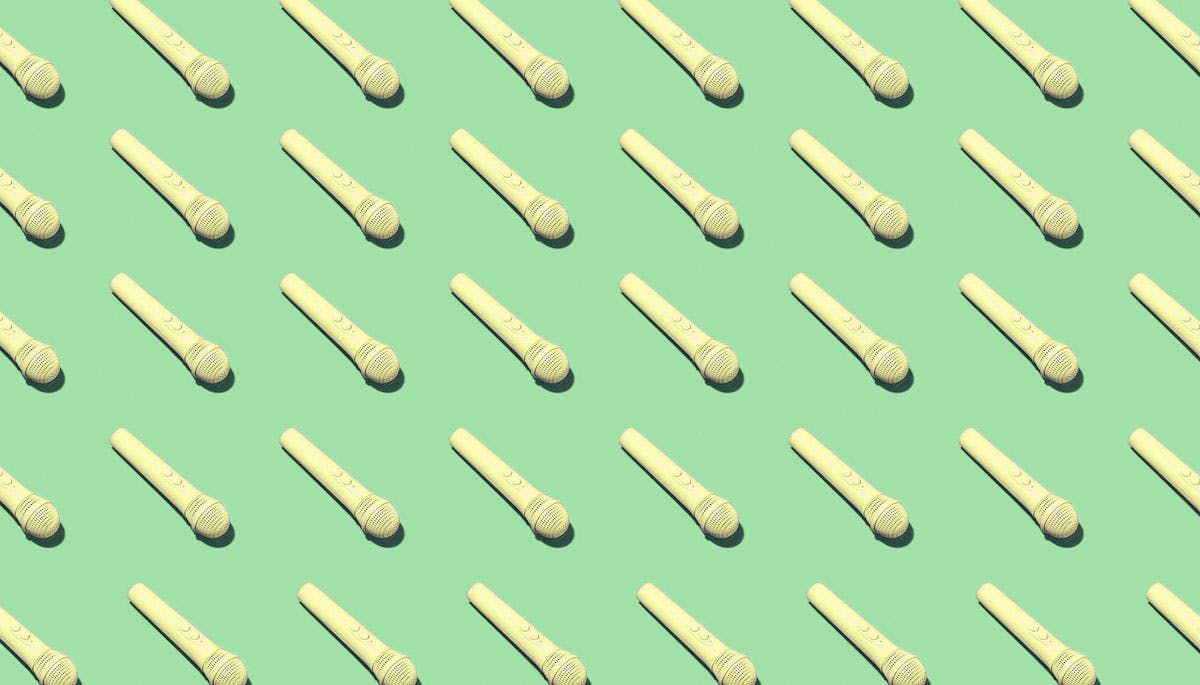 This article series brings you some marketplace wisdom and inspiration from the first Marketplace Conference in San Francisco.

Looking for a solution to the chicken and egg problem for your marketplace? Here are a whopping 19 different tactics, presented at The Marketplace Conference in San Francisco by NfX Managing Partner James Currier. This is the fourth article in a series covering our favorite talks and key learnings from the conference.

The Marketplace Conference unites marketplace founders, VCs, and subject matter experts to discuss the present and future of marketplaces and network effects. The first conference was organized in San Francisco in March 2018, with Sharetribe as one of the sponsors.

This article series brings you a recap of the top five talks we heard in San Francisco. Previously in the series, we discussed our key learnings from the talks by Upwork’s Jessica Tiwari, UrbanSitter’s Sarah Rose, and Jackson Square Ventures’ Josh Breinlinger. The fourth talk is by James Currier on different tactics to solve perhaps the most critical challenge of beginning marketplaces: the chicken and egg problem.

Solving the chicken or egg problem

James Currier is the managing partner of NfX, a venture firm that invests in marketplaces and other businesses that benefit from network effects. Over the years, Currier has worked with over 60 marketplace companies and says that regardless of whether the company succeeds or fails, the experience always teaches something about tactics for marketplaces.

For this reason, Currier’s talk is a gold mine of specific, actionable lessons that look at tackling the chicken and egg problem from different angles. He presents 19 tactics with concrete examples from existing marketplaces, platforms, and other companies that have successfully deployed them. At the end of his talk, he also discusses growth channels and creating a culture of growth.

The talk is warmly recommended for both beginning marketplace entrepreneurs and people looking to speed up the growth of an existing platform.

Get the hard side first

Quite a few of James Currier’s tactics relate to focusing, at first, on either the chicken or the egg. Some are more specific to platform type, like his suggestion to find a giant user for initial supply or demand or to create a product that one side can use without changing their behavior. Some marketplaces can sidestep the chicken-and-egg problem completely by building a platform where the providers are customers too—like a platform that sells second-hand fashion.

Most of Currier’s tactics include insights that apply to a variety of platforms. In the first tactic, Currier talks about identifying the hardest side of a given marketplace—supply or demand—and focusing on getting that side first. If supply is scarce or difficult to come by, getting those suppliers on a platform will very likely also drive demand. If there is less demand than supply, collecting the demand side to one place will make building supply easy.

Which side is the more difficult one will depend on the marketplace. For Outdoorsy, for instance, getting RV owners to rent their vehicles on the platform also brought in demand. For Catalant, the demand came first: after companies interested in hiring consultants joined the marketplace, the supply side emerged quickly.

Another tactic Currier suggests is subsidizing the most valuable members on one side. Uber, for instance, paid a salary for their first drivers, so a ride was always available when the demand came around.

A tactic Currier says many marketplaces use is building a useful SaaS tool for either supply or demand. Providing such a tool—like a solution for restaurants to manage reservations—will help to lock down one side of the user base. This makes managing the other side, and managing revenue, much easier.

You could also build a software tool for a third party who will then bring in the more difficult side to the platform. As an example, Currier mentions MySpace: the platform gave a profile tool first to bands, who reached out to their audiences through the site and brought in a lot of new users to the platform.

In many of the tactics, James Currier talks about starting off with a more limited focus than what the marketplace aims for in the long run.

One way to do this is to focus tightly on a niche or a group. This tactic was used in the early stages of platform giants like Amazon, eBay, Uber, and LinkedIn.

According to Currier, a key phrase at NfX is “find the white-hot center”. This means platforms should look for key user groups inside a given community. If a marketplace is not gaining traction, Currier’s advice is to connect these centers on both the supply and demand side. There might be a worry that focusing on a small number of key people in a community will not grow a marketplace to a scale that attracts investors, but Currier is convinced that investors will be able to smell something interesting going on inside a small community.

By geographic constraint, Currier means limiting the area where a marketplace operates. Doing this in the beginning can help to increase activity significantly, even if the business wouldn’t necessarily need a geographic limitation.

Another way to use constraints is to limit the time users can access the platform. In the beginning, TopHatter only allowed purchases on their platform during a fixed, one-hour period. According to Currier, this made “the room feel full” on the platform and the product seem exciting even though the number of first users was small.

The number of purchases can also be limited. Groupon could easily have given their users access to a limitless number of coupons but decided to give out only one per day. Fiverr started by setting a price limit of five dollars, which Currier says gave the company an identity and made it simple, increasing the platform’s conversion rates.

Many marketplaces are tempted to make their platform more hip and desirable through exclusive access: limiting who gets to use the platform at first. Currier says, however, that this tactic is very hard to pull off and almost never works.

Do things that don’t scale

NfX talks a lot about manufacturing excellent initial transactions. One example of this is mentioned in tactic number 13, where James Currier describes how, for many months, the online retailer Zappos would take an order for a pair of shoes, drive to the nearest store, buy the shoes, and ship them manually. This way, they were able to make the first transaction experiences very positive for both parties.

Currier mentions many other tactics where the main point is to do things manually or otherwise more painstakingly to get the platform going.

Many platforms, for instance, initially collected data from the web to make supply look bigger than it actually was. Yelp created profiles of all of the companies in a local area, making the platform seem active even for the first users. Indeed.com used the same strategy, and featured job listings found online on their platform. Another possibility—though Currier mentions that the ethics can be questionable—is to fake activity through manufactured accounts.

A somewhat less-used tactic is not to fake early supply, but actually be the first supplier: manufacture and sell the first products yourself, and open a marketplace later on. A famous, large-scale example of this approach is Amazon, which started as a retailer, but now makes 50 percent of its profits through its marketplace.

According to Currier, a good, overlooked way to get started is to build one side first as an email list. Craigslist is a famous example of this approach. The artist community e-commerce site Threadless used the same tactic.

Physical parties are another example of a tactic that likely doesn’t scale but can do wonders to give marketplace businesses a boost. Currier mentions Poshmark and Yelp as success stories with this tactic: both were able to throw a couple of great parties with a lot of social media visibility and create a very positive attitude towards the brand.

If no tactic brings a sufficient user base, one alternative remains: pay people. Offering tokens or other compensation can motivate people to join a marketplace that doesn’t yet have a lot of activity.

Build a culture of growth

Similar to Sarah Rose of Upwork, James Currier talks about the importance of building a company culture that encourages learning and iterating. In his talk, Currier focused on the 19 tactics to solve the chicken and egg problem and shared tips on the best growth channels—but concluded by saying that none of it means anything if you fail at building a culture of growth in your company.

In other words, you need to iterate relentlessly, cope with the pain of failure, and be patient.

It’s unlikely, says Currier, that you find one thing that works—you need to find multiple things that work. In the end, growing is not a one-time gimmick, but a philosophy.

To listen to the discussion about building a culture of growth, jump to 23:32.

In the final article of the series, we bring you a discussion on marketplace growth and buyer–seller overlap by Eventbrite’s Brian Rothenberg. 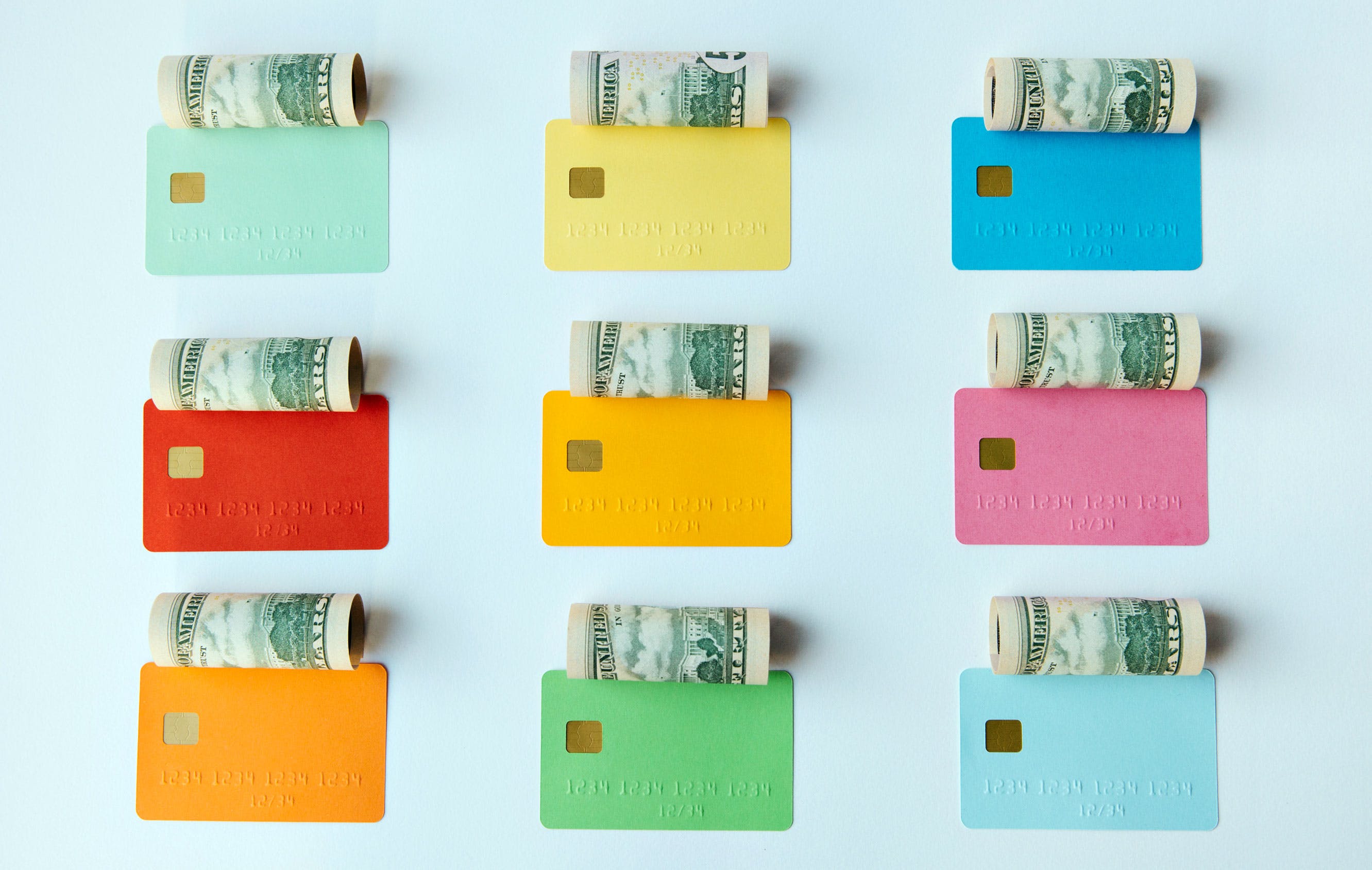 Marketplace pricing: How to define your ideal take rate

Find a pricing strategy that is just right for everyone: you, your providers, and their customers. 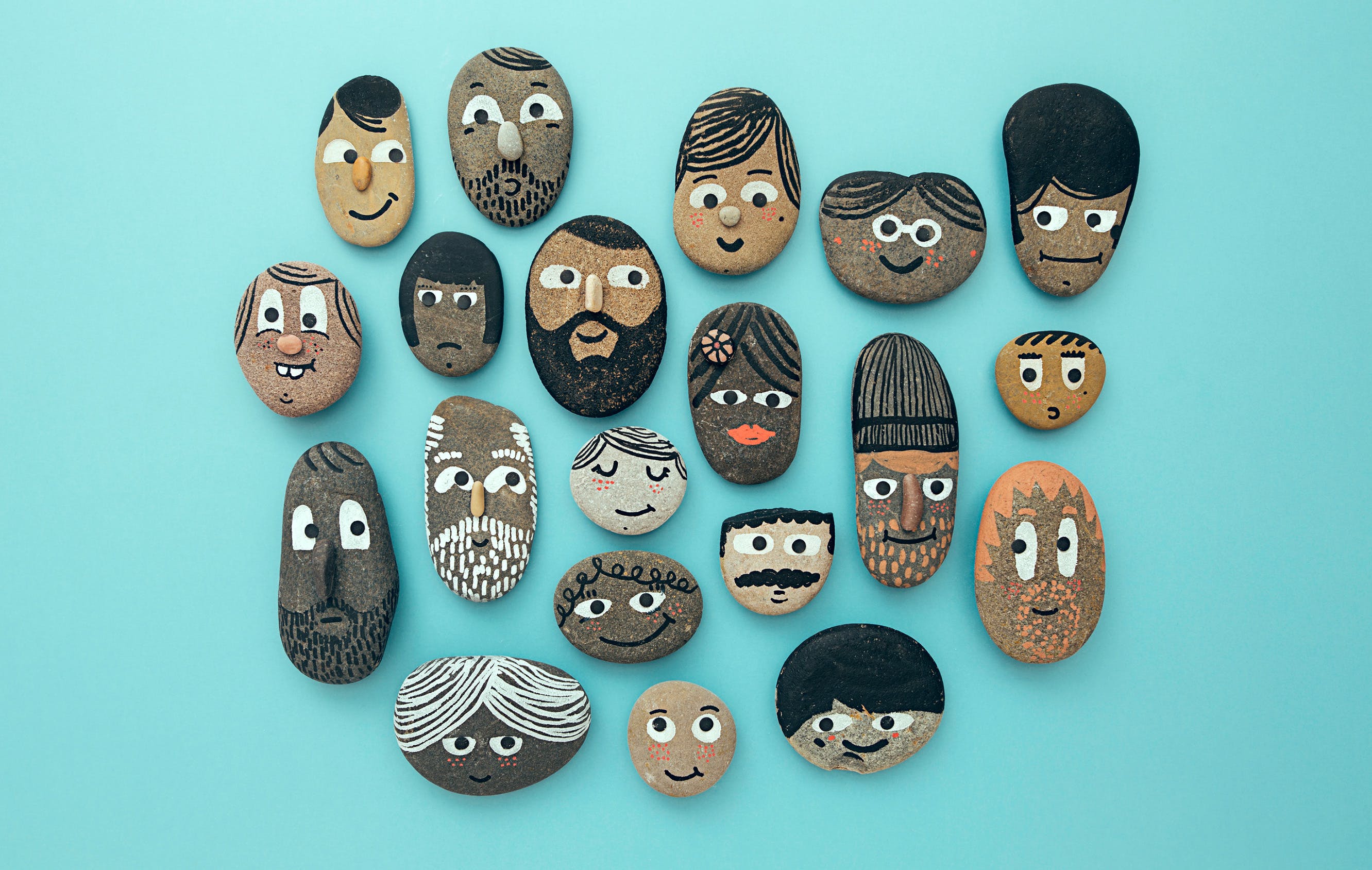 How to turn your marketplace into a community

Engage your best providers by turning them from users into community members. 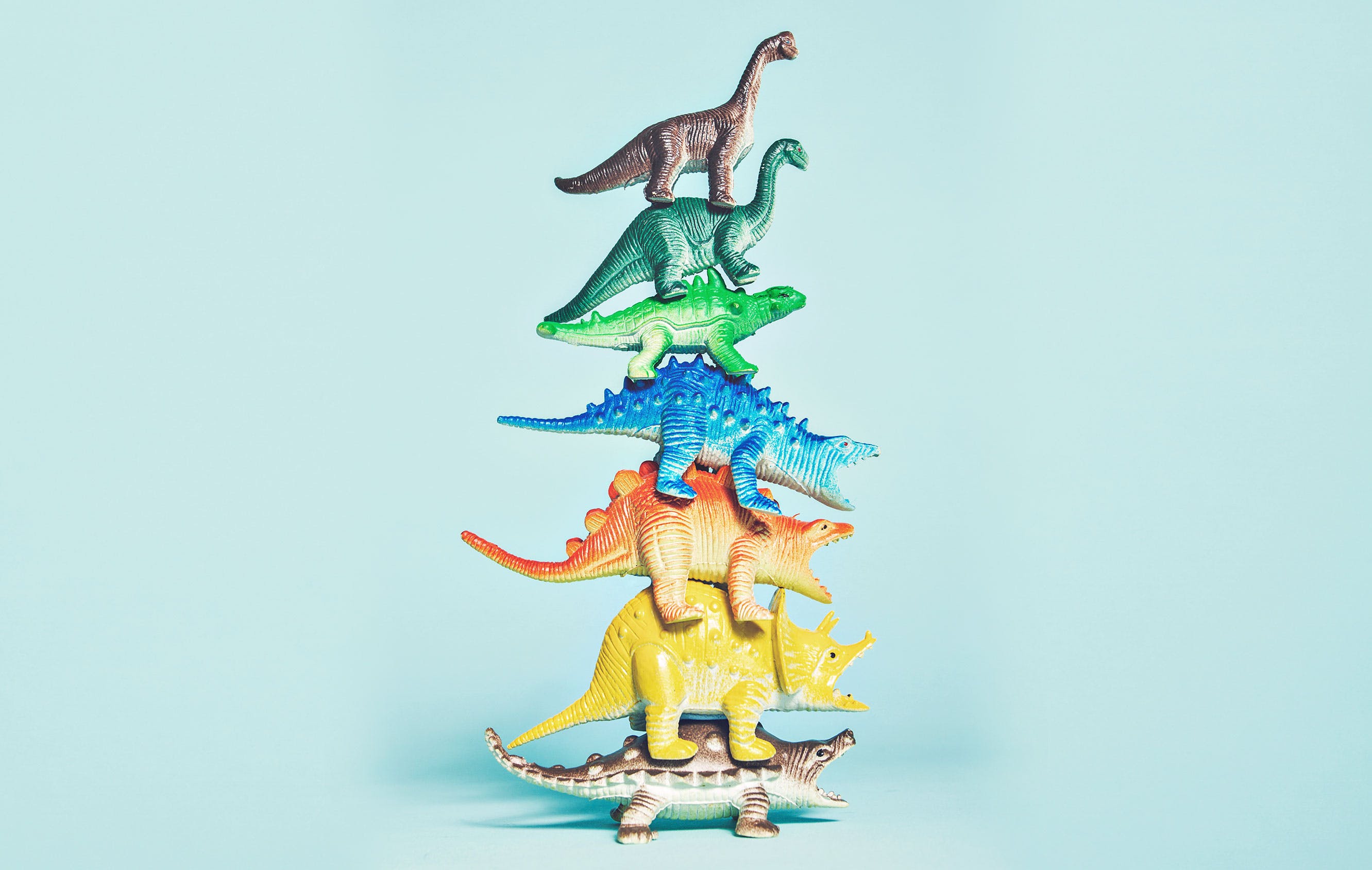 Three reasons why marketplaces fail (and how not to)

Peer-to-peer marketplaces can be great businesses. They combine the convenience of online stores with scale that comes from the notion that every consumer can also be a provider.