In 2018, Sharetribe transitioned into a new company structure called steward-ownership. This change ensures that for us, profits will always be just a means to achieve our social mission. This mission, as described in our official articles of association, reads as follows: 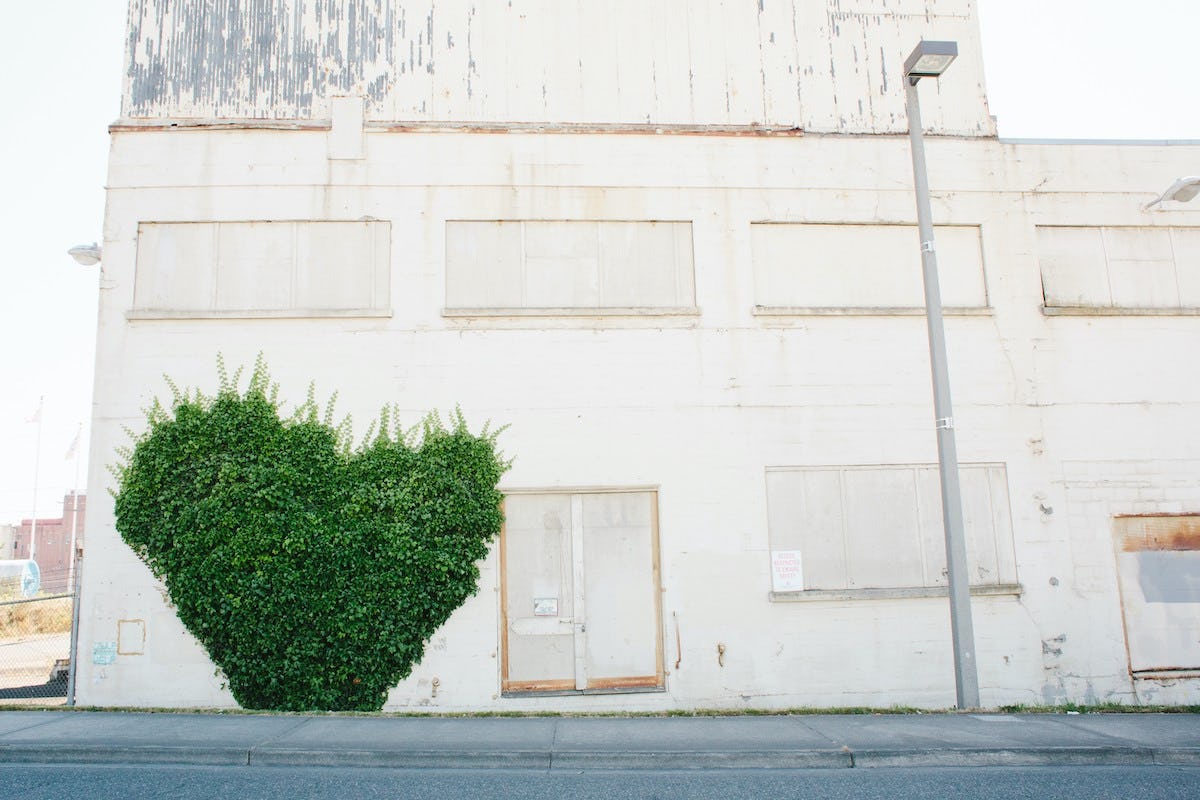 In 2018, Sharetribe transitioned into a new company structure called steward-ownership. This change ensures that for us, profits will always be just a means to achieve our social mission. This mission, as described in our official articles of association, reads as follows:

The purpose of the company is to democratize the sharing economy. The company aims to foster an economy where resources are utilized efficiently, created value is distributed fairly, and people have control over the conditions of their work.

In this post, I outline why I believe this mission is important and how Sharetribe goes about pursuing it. This is my very subjective take on what matters the most.

The biggest challenges our world is facing

I believe that our planet and modern human societies face three big, interconnected challenges: environmental crisis, inequality, and loss of meaning. If we want to build a better world, we need to solve all these three challenges.

My personal motivation in my every-day work stems from my ability to contribute to solving them.

By the environmental crisis, I mean the problems caused to the earth’s ecosystem by man-made activity. These include climate change, the depletion of natural resources, mass extinctions of species, plastic waste piling up in our oceans, and so on.

The environmental crisis is the biggest existential crisis we’re facing. If we fail to overcome it, nothing else will matter. Our societies will collapse. To solve this crisis, we have to find ways to sustain the world’s population in a more resource-efficient way.

Many things are already moving in the right direction, but we need to do more. If we can’t create a radically more equal world, we most likely can’t solve the environmental crisis, either. The poorest countries have contributed to climate change the least and will be affected by it the hardest. They won’t be satisfied with global agreements that limit most of their citizens from reaching the standard of living already enjoyed in the richest countries. Nor will the poorest people in the richest countries be satisfied with national environmental policies that hit them the hardest.

If we want to solve the environmental crisis, we need to reduce inequality dramatically, and vastly improve the standard of living for billions of people.

This is not as easy as it sounds, especially in modern Western countries. After the second world war, many people derived meaning from the idea that their children will have it better than they did. Fast forward to today, studies show millennials and Gen Zs are increasingly pessimistic about the economy, media, and government. Millennials are also the first generation that, on average, end up not being significantly better off financially than their parents. Also, studies show that we’ve reached the point after which an increase in wealth is no longer connected to an increase in happiness.

Another culprit to the loss of meaning is the modern work life. In rural societies, people lived in closely-knit communities, and everyone’s livelihood was directly connected to their contribution and collaboration. Today it’s too common that people feel like cogs in a machine, stripped of their autonomy, doing meaningless bullshit jobs. The connection from the tasks people perform to positive outcomes to society or community is missing.

In their quest for meaning, people either get depressed and passive or turn to dangerous movements, like nationalism and fundamentalism. These movements provide a sense of community and claim to have easy answers, but in practice, they end up turning people against each other by promoting and “us versus them” mentality. This is extremely harmful to solving the environmental crisis or reducing inequality, which requires global collaboration.

What does any of this have to do with Sharetribe?

I think that our humble technology company can play a role in solving all these challenges. A relatively small role of course — these are huge, wicked challenges that no organization, big or small can solve alone — but one that I think is not insignificant, especially compared to our size.

Like I noted above, to solve the environmental crisis, we need to find ways to sustain the global population in a more resource-efficient way.

As Hans Rosling shows in his excellent book Factfulness, global population growth is already stalling. According to the researcher’s best estimates, the world’s population will peak at around 10 billion, after which it will remain relatively stable. We know where the ceiling is, so the remaining task is to figure out how to sustain our planet while still providing 10 billion people an adequate standard of living.

We’re contributing to a fairer distribution of wealth

Platform businesses increase the efficiency of markets. But when these companies become monopolies, they tend to also increase inequality. If marketplaces truly want to contribute to solving the environmental crisis, they need to address the issue of inequality.

Sharetribe’s approach helps smaller players compete with the giants. When building a successful marketplace business no longer requires a large amount of capital, we will see more people starting these businesses. This breaks the power of platform monopolies. We hope to see more marketplaces being created by organizations, individuals, and local communities that are not controlled by investors. These kinds of marketplaces have much more power to distribute the value generated by their platforms in a fairer way.

It should be noted that by “fair” I don’t mean an even distribution. I think it is fair that those who contribute more to the common good are rewarded for their contributions. This seems to be what most people think is fair, too. The Equality Trust, a charity that campaigns against economic and social inequality, refers to the results from YouGov’s poll: “On average, people think that some degree of wealth inequality is desirable, preferring a distribution in which the top 20% of the population has 32% of the wealth and the bottom 20% about 13%.”

Income inequality becomes unacceptable when the rewards are excessive and no longer correlate directly with perceived contributions. This is caused by factors like power structures and twisted incentives. This is the part that feels unfair and what causes problems. That’s the part we need to change.

Similarly to our products, our steward-owned company structure is directly connected to solving this problem.

We’re allowing people to work on things that matter, on their own terms

I believe work can be an important source of meaning, as long as people are able to work on things that matter to them.

The impact Sharetribe can have on modern working life starts with our own team. Together, we’re striving to create a working environment where everyone feels what they do truly makes a difference.

Our impact on the meaningfulness of our customers’ lives can also be significant.

Most often, our customers are individuals who are working at jobs they don’t find meaningful enough. The reason they are launching their marketplace business is that they want to do work they care deeply about. Some of my best moments at Sharetribe are when our customers say that we help them follow their passion.

While working on things that matter is important, I don’t think it alone is enough. Being able to have a say in how that work is done is just as important in making life meaningful.

There are companies I truly admire for their causes, but that has created cultures where their employees are asked to sacrifice themselves for a greater good, with leadership saying things like “nobody ever changed the world on 40 hours a week”. While such cultures can produce results in the short term, I don’t believe they are the right long-term approach for solving the systemic challenges we’re facing. We can’t work ourselves to death trying to build a world where people no longer need to work themselves to death.

Your work should allow you enough time for leisure: being present for your family and friends, educating yourself, and indulging in pleasures just for the sake of enjoying life. A good life is a result of finding the right balance between improving the lives of others and enjoying one’s own.

The reason employees in most organizations can’t live their lives like this goes back to power structures. Employees don’t have a say. They can’t make that decision. They are not in control.

After spending the past 10 years in the startup world it seems to me that far too many of the founders are on the verge of burnout. I believe one reason for this is that they are no longer working for themselves the way they imagined running their own business would allow them to. They’re not in control either. When a startup raises venture capital, it begins to work for its investors. The incentives of the investors become the incentives of the startup, too.

I believe that to truly help people find meaning in their lives, they need to have control over their life and work. That’s why we have a structure where our company is ultimately controlled by its employees, not by outside investors. In such an organization, it’s possible to restore some of the aspects of the rural societies in a modern setting. Everyone can feel they’re part of a community with a shared goal, and they see the direct impact of their contributions to that community.

I’m not alone in my conviction. Movements like Platform Cooperativism, Zebras, and steward-ownership have emerged out of the same quest for meaning, and more and more startups now decide to bootstrap their businesses or buy back their investors’ shares. It’s all about being in control of your destiny, and about building communities of people working towards a shared purpose.

This post describes how I see things from my personal perspective. Other people in our team might not agree at all on some of the points stated above. And that’s the key. No one person should dictate the direction of our company. We need to figure out the direction together — a direction we can all commit to. Only if we manage to do that, we can truly have a company where everyone is working on things that matter, on their own terms.

I believe that if more companies worked like this, we’d be a lot closer in solving the most painful problems in the world today.